Reverend Robert McLernon’s career began in nursing but, when diagnosed with the incurable conditions of ankylosing spondylitis and osteoporosis, he looked into the arena of alternative, or complementary, therapies. After an intense, and costly, period of study and training, he qualified in the fields of Hypnotherapy, Psychotherapy, NLP, Radionics, Nutrition, Spiritual Healing, Massage and, in particular, the truly remarkable McLernon Method of gentle soft-tissue work.

Found to be intolerant of certain foods, Robert embarked on an in-depth study of “Food Intolerance” which, incredibly, led to his curing himself of the “incurable” conditions that had ended his nursing career. He also developed as a spiritualist medium so, with this amazing gift, he began to offer evidence of our survival beyond the grave. Robert soon became a working medium doing public demonstrations and private consultations. He has recently been ordained as a minister and is also a Reiki Master. 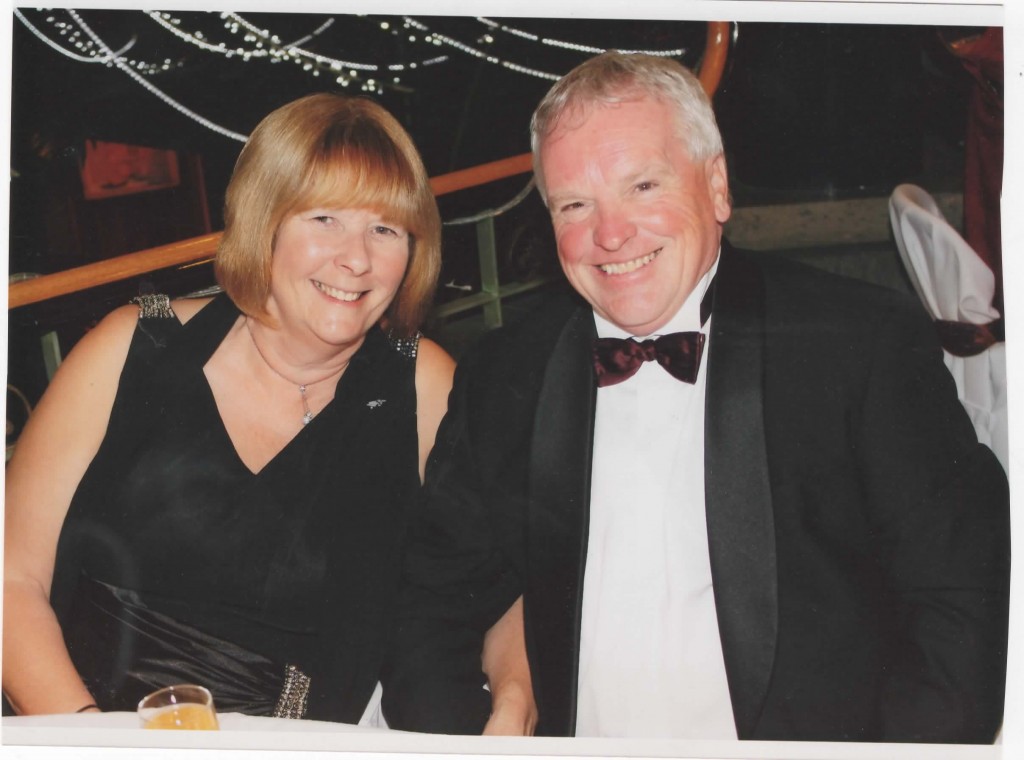 Robert was invited to practice his therapeutic and healing skills at the prestigious La Manga Club in Murcia, Spain. He established a therapeutic and healing clinic there. By reputation alone, he quickly built up a broad client base which included rich and famous personalities. Fate soon showed its hand, though, when a string of ‘coincidences’ led to a rather special lady moving into a nearby house. Yes… you have guessed… it was Barbara’s very subtle arrival into Robert’s life.

Barbara visited Robert’s clinic for tennis elbow treatment and was cured in only one session. He later discovered, and cured, a problem with her coccyx (the result of a long-forgotten fall) and she was tested for food intolerance. They quickly found a lot in-common and really began to “hit it off”.

Barbara is also an accomplished healer/trainer and a Reiki Master. She is also an excellent Tarot reader.

The couple sought a “country life” in Spain and, after looking into several possibilities, they eventually settled on the place in which they now live and work …… the beautiful Acacia Centre for Spiritual Awareness and Healing was born. It is only about 30 minutes inland from La Manga so Robert retained many clients.

Dedicated to the daunting task ahead of them, they are helping their fellow beings, not only in the physical sense, through alternative therapies such as the McLernon Method etc., but spiritually, through spiritual healing and mediumship.  They love to share their substantial knowledge and experience by teaching, training, and helping others in their spiritual development. They do this with a natural blend of compassion and enthusiasm.

Thank you for visiting this new website, we hope you find it of interest and will perhaps pay us a visit soon. You will always be welcome at the Acacia Centre for Spiritual Awareness and Healing in Murcia, Spain.

The centre is located on the RM19 Autovia between Balsicas and Valle Del Sol, across from Polaris World La Torre Golf. Take the exit for Los Molinos and we are the first large house on the left, no8.

Rob offers private consultations via Skype. If you are interested - please click the link below and make your payment via PayPal and then Rob will email you to arrange a mutually convenient time for the reading to take place.

We use cookies on our website to give you the most relevant experience by remembering your preferences and repeat visits. By clicking “Accept All”, you consent to the use of ALL the cookies. However, you may visit "Cookie Settings" to provide a controlled consent.
Cookie SettingsAccept All
Manage consent

This website uses cookies to improve your experience while you navigate through the website. Out of these, the cookies that are categorized as necessary are stored on your browser as they are essential for the working of basic functionalities of the website. We also use third-party cookies that help us analyze and understand how you use this website. These cookies will be stored in your browser only with your consent. You also have the option to opt-out of these cookies. But opting out of some of these cookies may affect your browsing experience.
Necessary Always Enabled
Necessary cookies are absolutely essential for the website to function properly. These cookies ensure basic functionalities and security features of the website, anonymously.
Functional
Functional cookies help to perform certain functionalities like sharing the content of the website on social media platforms, collect feedbacks, and other third-party features.
Performance
Performance cookies are used to understand and analyze the key performance indexes of the website which helps in delivering a better user experience for the visitors.
Analytics
Analytical cookies are used to understand how visitors interact with the website. These cookies help provide information on metrics the number of visitors, bounce rate, traffic source, etc.
Advertisement
Advertisement cookies are used to provide visitors with relevant ads and marketing campaigns. These cookies track visitors across websites and collect information to provide customized ads.
Others
Other uncategorized cookies are those that are being analyzed and have not been classified into a category as yet.
SAVE & ACCEPT
Translate »